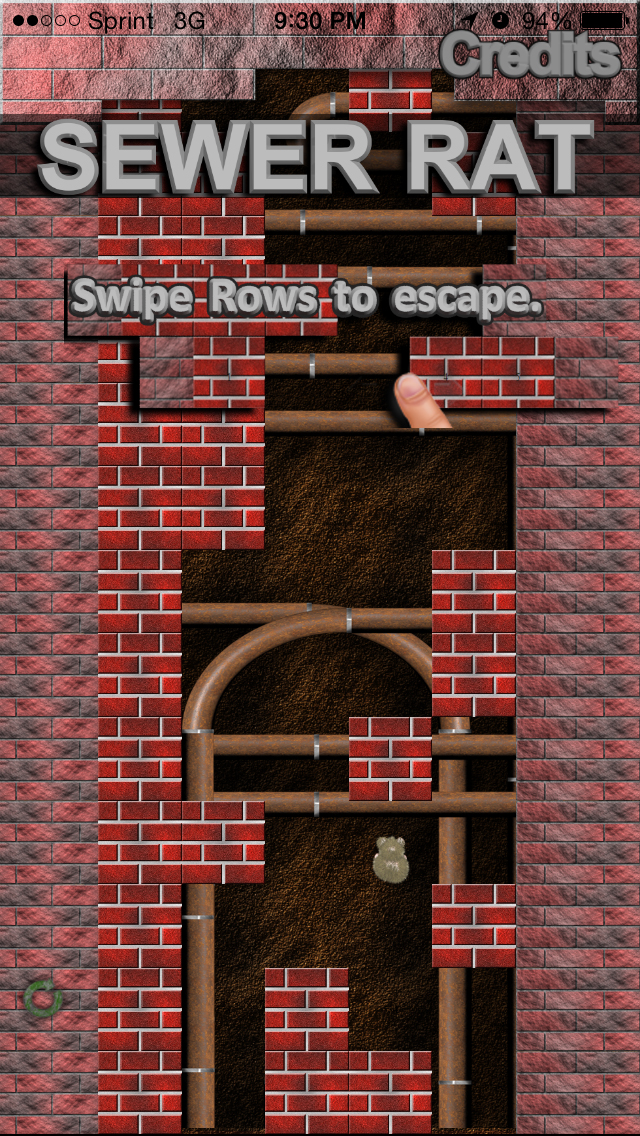 FLINT — Christian Matsoukis will graduate Sunday with an associate degree in computer animation from Baker College of Flint.

And he’s already showing how to put that degree to work. A digital game he designed, “Sewer Rat,” has been downloaded more than 1,000 times from the iTunes store.

The premise of the game? The sewer pipes where the rat lives have burst, and the player must move bricks to clear a path so the poor rat can escape.

Matsoukis says he used JavaScript, one of the internet’s most common scripting languages, for an unusual purpose. One of JavaScript’s functionalities enables users of electronic devices with web browsers to drag and drop folders and files. In “Sewer Rat,” JavaScript allows gamers to drag and drop the bricks.

And because JavaScript is recognized by many devices whether they run on the Apple iOS operating system or not, “Sewer Rat” can already run on non-Apple devices — smartphones, tablets and laptops. That saved Matsoukis hours of time designing an Android or Windows version.

Matsoukis credits information garnered from classes at Baker College for the successful launch of his Internet game.

“In addition to focusing on graphic design, I learned a lot about game theory and how games work from Steven Vincent, one of my instructors,” Matsoukis said.

Vincent, who has taught at Baker College for 26 years and is also an information technology manager for the State of Michigan, is not surprised by the success of Matsoukis’ game.

“Christian has a talent for combining different concepts to make something new,” Vincent said. “I’m sure his future games will be successful, too.”

Matsoukis’ mother was also instrumental in helping him create the app. She was his go-to person for information about programming and one of two of the strongest reasons he’s attending Baker College. The other reason is his father. Both parents are Baker College graduates.

“I’m impressed by my parents’ success,” Matsoukis said. “It is also great to go to college close to home and save money that would have been spent on room and board,”

His mother, Christina Matsoukis, completed her third degree from Baker in 2004. She earned an associate and bachelor’s in graphic communications, and an associate in web design and programming. She is an independent contractor working primarily for ThyssenKrupp Materials NA as a senior web developer and user experience designer.

His father, Marino Matsoukis, earned a bachelor’s degree in business administration from Baker in 2010, and is a loan originator for ELGA Credit Union.

Through the experience of creating “Sewer Rat,” Matsoukis has learned that he has a strong interest in programming and will continue his education at Baker College Online to earn a bachelor’s degree in web development.

“It was amazing to program code for something that started as an idea,” Matsoukis said.

According to the United States Bureau of Labor Statistics, in 2013, the mean annual wage for multimedia artists and animators exceeded $72,000. For web developers, it surpassed $67,500, and for software developers, specifically those who work on applications, it was more than $96,000.

The largest private college in Michigan, Baker College is accredited by the Higher Learning Commission and is a member of the North Central Association of Colleges and Schools. It is a nonprofit higher education institution, serving more than 35,000 students on 12 campuses and in three satellite locations. Baker grants certificates and associate, bachelor’s and master’s degrees in business, health sciences, education and human services and various technical fields, as well as a doctorate of business administration. As a career college, the Baker College system is pleased to report that 97 percent of its available graduates are employed.