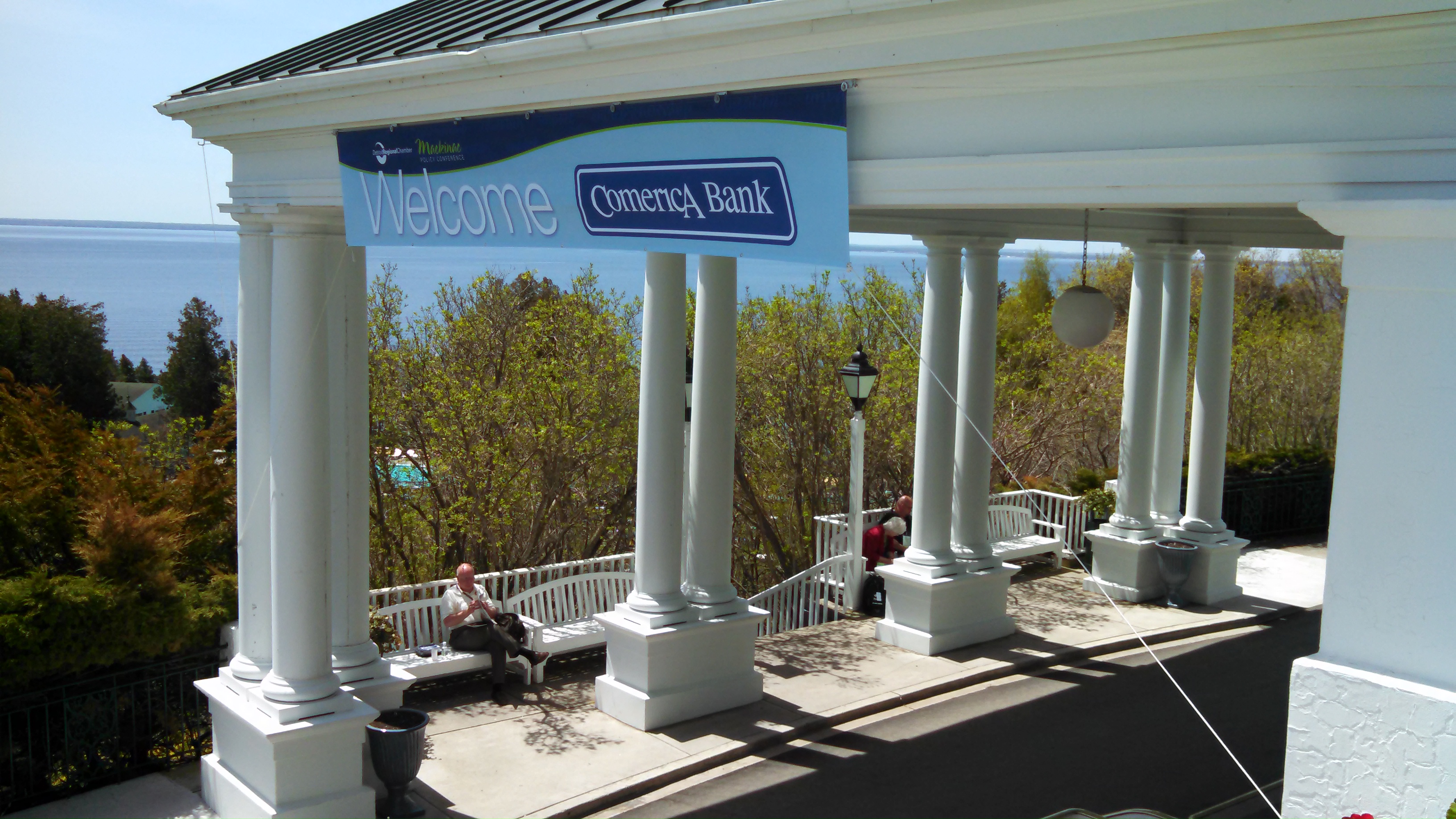 MACKINAC ISLAND — Gov. Rick Snyder is 10 points ahead of presumptive Democratic challenger Mark Schauer, and support for legalizing marijuana in Michigan is 10 points behind.

Those are among the results of a poll of Michiganians commissioned by WDIV Local 4 in Detroit and the Detroit News. It was presented by Local 4 anchor Devin Scillian and Detroit News editorial page editor Nolan Finley Thursday at the Detroit Regional Chamber’s Mackinac Policy Conference.

The poll, conducted by Glengariff Group of Chicago and having a margin of error of plus or minus 4 percent, showed Snyder leading Schauer 45-35 percent, with 18 percent undecided.

The marijuana question, meanwhile, saw 52 percent opposed to legalization, 42 percent in favor. Scillian said there was more support for legalization among younger people.

The question prompted the longest discussion at the presentation, with Finley pointing out that Michigan spends $2 billion a year on prisons, and releasing those convicted only of pot crimes could cut hundreds of millions of dollars from that bill. He also said Michiganders should be “appalled at the assault on the Fourth Amendment” that is drug testing for marijuana, saying no employer “asks if you got drunk Saturday night.”

Other poll highlights:
* 45 percent said Michigan is on the right track, 41 percent on the wrong track, and 14 percent didn’t know. Although that right track figure is below 50 percent, it’s well above the national figure, only 27 percent.
* Michigan’s biggest problem was identified as jobs and the economy by 36 percent. Nothing else came close — “other” at 17 percent, roads at 16 percent, and a host of other issues in single digits.
* Snyder’s approval rating was 54 percent, vs. 39 percent disapproving.
* Snyder was seen as good for Detroit by 37 percent of respondents, bad by 18 percent, having no effect by 28 percent.
* In Michigan’s highly anticipated Senate race, Rep. Gary Peters led Republican Terry Lynn Land 40-35, with the rest undecided.
* Fully 92 percent of Michiganders said they want to see Detroit succeed, vs. 7 percent who don’t care and only 1 percent who said they want to see the city fail.
* The biggest problem facing Detroit was identified as city leadership by 28 percent, the economy at 17 percent and crime at 13 percent. The biggest factor in Detroit’s bankruptcy was seen as failed city leadership by 55 percent, lack of jobs by 25 percent, decline of population by 7 percent, city labor unions at 6 percent, and state cuts in revenue sharing by 3 percent (a number that was said to be far higher among Detroiters).
* There was support for Detroit mayor Mike Duggan, though, with 55 percent saying they’re confident Detroit’s current leadership will revitalize the City. Only 33 percent said they’re not confident.
* As for Detroit’s crime problem, 20 percent say it’s getting better, 24 percent say it’s getting worse, and 38 percent say it’s the same as it has been. Detroiters were far more likely to say crime is getting worse.
* In Detroit’s bankruptcy, 55 percent of respondents said not to sell any of the art at the Detroit Institute of Arts, 25 percent support selling some art, and 16 percent support selling all the art. Support for preserving the art under city ownership is directly related to how close the respondent is to the DIA, prompting this exchange: Finley: “The farther you get from the Renoir, the less you care.” Scillian: “But it’s impressionism. The farther away you get, it’s supposed to look better.”
* Fully 72 percent said state oversight of Detroit’s finances should continue after the bankruptcy. Just 22 percent back handing authority back over to the city. That support is far stronger in the city.
* Just 31 percent say race relations in Michigan have gotten better the past 10 years. Some 18 percent say it’s gotten worse, and 45 percent say they’ve stayed the same. The worse figure is far higher among Detroiters.
* Despite the deplorable conditions of Detroit’s roads, just 37 percent support higher taxes to pay for road improvements.