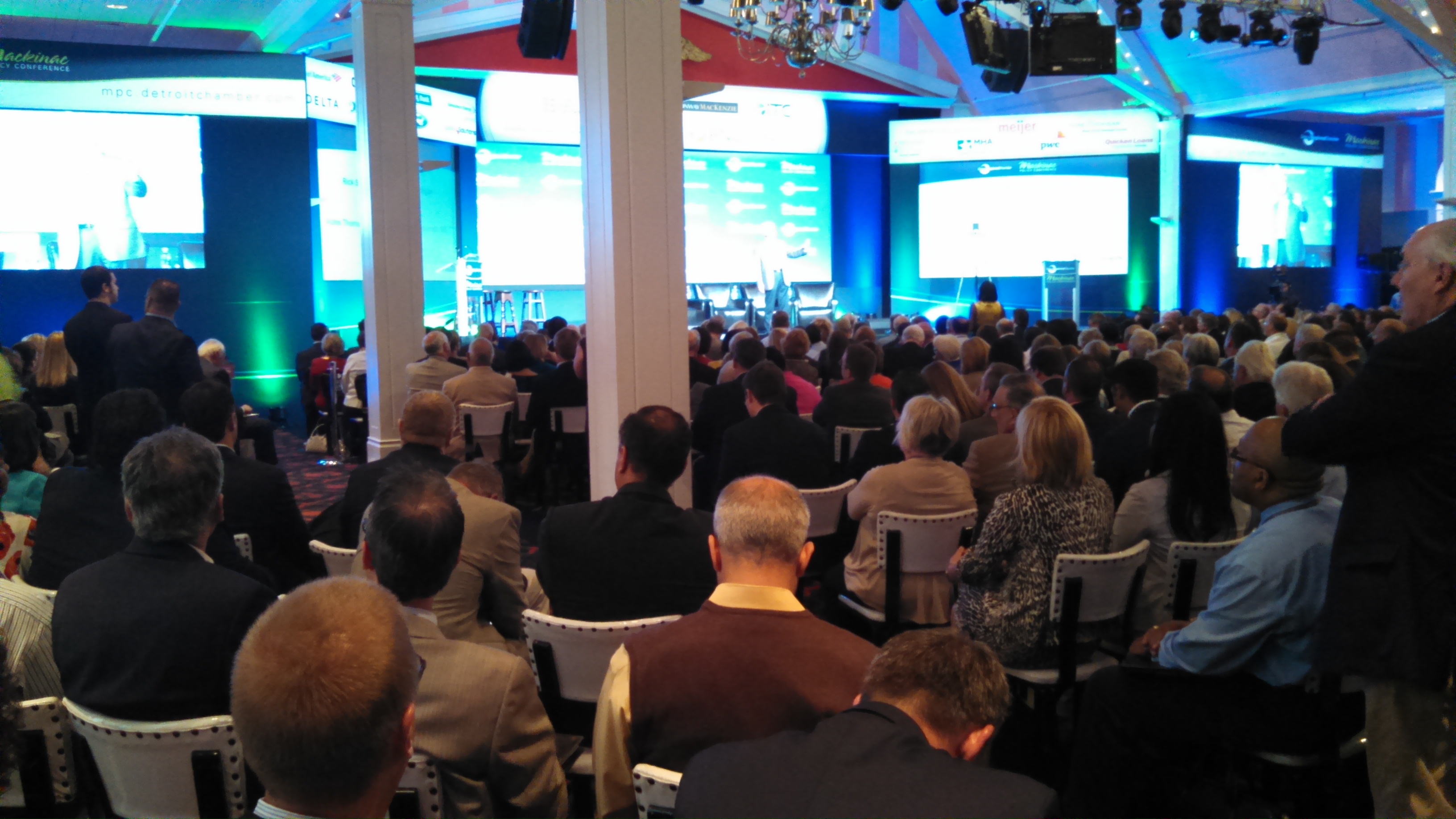 MACKINAC ISLAND — Gov. Rick Snyder made an impassioned plea for his Detroit bankruptcy settlement and a tax increase for road repairs Thursday at the Detroit Regional Chamber’s Mackinac Policy Conference.

“It’s not about Detroit vs. Michigan or Michigan vs. Detroit, it’s Detroit Michigan,” Snyder said of the Detroit settlement, prompting applause.

Speaking of continuing challenges, Snyder complained about a “massive skills gap” between Michigan job openings and those qualified to fill them, saying there are 70,000 jobs on the state’s website and persistently high unemployment.

As for road funding, Snyder said better roads are “not free” and will cost about $120 a year per vehicle.

“I’m the token CPA governor among all the governors in the country,” Snyder said. “I do not raise revenue lightly. And when we raise it I hope you have some confidence we will not waste it.”

In general, Snyder said Michigan’s successful turnaround depends on managing the areas of highest risk first, changing the questions being asked about problems, measuring results and staying the course.

He also said Michiganders need to be “louder and prouder” about their state’s turnaround.

And, he trotted out his favorite phrase — relentless positive action — about the state’s condition.