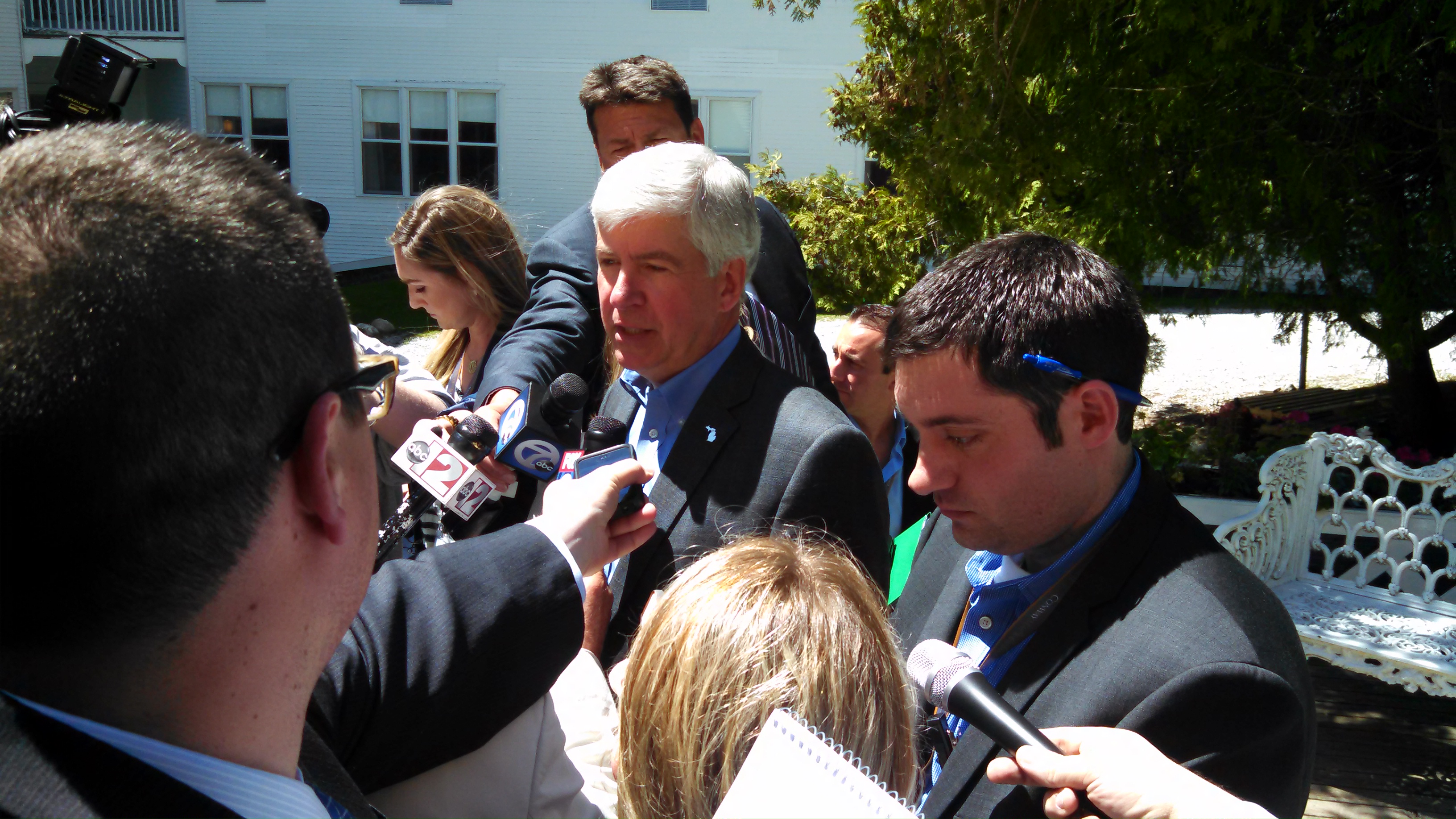 MACKINAC ISLAND — Gallup Inc. CEO Jim Clifton gave the Detroit Regional Chamber a bit of a chill at the opening of the Mackinac Policy Conference, and it had nothing to do with the icy waters of Lake Huron.

Clifton, author of “The Coming Jobs War,” said it’s his opinion that the lack of economic opportunity, not ideology or religion, drives terrorism. The most dangerous person in the world, Clifton said, is a young male without a job, and no hope of ever landing one — and there are hundreds of millions of them around the world.

Clifton’s contention is that economic growth is far too anemic to produce the kinds of job gains needed. He said more small businesses in America now fail every year than are created, a dangerous trend.

And he contravened almost universal accepted wisdom when he said that merely pursuing innovation as an economic development strategy doesn’t work: “Innovation has no value whatsoever until a customer is standing next to it,” he said.

And on that score? Turns out Al Gore really did invent the Internet — or at least the commercial side of it. Clifton said Vint Cerf, the guy who actually did invent a system for throwing packets around fiber optic cables, brought a young U.S. Senator into his lab to show him the technology, and this senator got all excited and asked Cerf for permission to “just throw” the technology at the U.S. Commerce Department to study its commercial potential. Cerf’s response? “Fine with me, but I don’t think anything will come of it.” Well, Gore did, and the rest is history.

Clifton admitted that “I don’t like the guy (Gore) any better than you do,” but he wondered: “What if Al Gore had missed his bus that day? What if Tipper had told him ‘you aren’t going anywhere until you get your vacuuming done’?”

Clifton said his analysis shows that only 30 million Americans are actually happy at their jobs, while 20 million “are in awful shape… they are the most negative miserable people you could possibly imagine.” And the other 50 million American workers are somewhere in between and “just don’t care.”

* Detroit Mayor Mike Duggan’s presentation was positively ebullient. Duggan cited rapidly improving statistics for emergency response times, street lighting, buses on the road and blight cleanup. (On the latter, he said ne wants the city to be demolishing 800 hopelessly damaged abandoned homes a month by September, up from the current rate of 200.) And he said hundreds of people have showed up for open houses of vacant city-owned homes, confounding critics of the program. Duggan said his central goal is reversing the city’s population decline.

* Duggan also announced a plan to repurpose $32 million in jobs funding from several programs to create a new teen summer job programs that he said will put 5,000 Detroit teens to work in the summer of 2015. Working with Duggan on the effort is the Skillman Foundation. Companies will be asked to split the costs of the jobs with the city — about $2,000 per job. Duggan said a similar program was successful when he ran the Detroit Medical Center. “People said these kids will just be in the way, but they turned out to be so valuable that we didn’t want them to go back to school,” Duggan said. “There are people in medical school now who started in that program.” Duggan said he wanted the teens to have exposure to entrepreneurs and companies in the science, technology, engineering and mathematics (STEM) sector through the program.

* Detroit Regional Chamber CEO Sandy Baruah contended that Michigan is “now teaching the rest of the nation what a turnaround looks like” thanks to its “resurgent auto industry and getting our entrepreneurial mojo back.”

* Guess this really is a diverse audience of business, labor, government, education and nonprofits. Gov. Rick Snyder got politely warm applause before his opening remarks. But when Snyder brought six veterans seeking employment to the stage, we learned what thunderous applause sounded like from the 800 or so in the Grand Hotel theater.

* Snyder gave examples of the MPC’s three “pillars” this year — STEM education, entrepreneurship and “impact.” The latter sounds a little fuzzy, but Snyder said it’s really quite simple — producing a conference that actually accomplishes something. Snyder said he quit coming to MPCs after returning to Michigan to work as a venture capitalist in 1997 because the event kept talking about the same issues every year, but “nothing ever happened. And our time and resources are too scarce to attend something where nothing happened.” But Snyder said the MPC “is now a conference of impact, that that’s why it’s important today.” As for entrepreneurship, Snyder praised the state’s resurgent venture capital sector. As for STEM, Snyder said, “it’s about more than getting a college degree. STEM needs to include the skilled trades and career tech education.” He also touted the FIRST Robotics competition as a great example of STEM education at work.

* In a press gaggle with reporters after his speech, Snyder said the Detroit grand bargain is actually a good deal for suburban water and sewer ratepayers, because it cuts their future liabilities.

* Snyder said recent state legislation to raise the minimum wage to $9.25 by 2018, designed as an end run around a petition drive to raise the wage to $10.10, is a good compromise. He said a $10.10 wage “would have been devastating to our hospitality industry.”

* Snyder said it was “very premature” to talk about debates with presumptive Democratic challenger Mark Schauer.