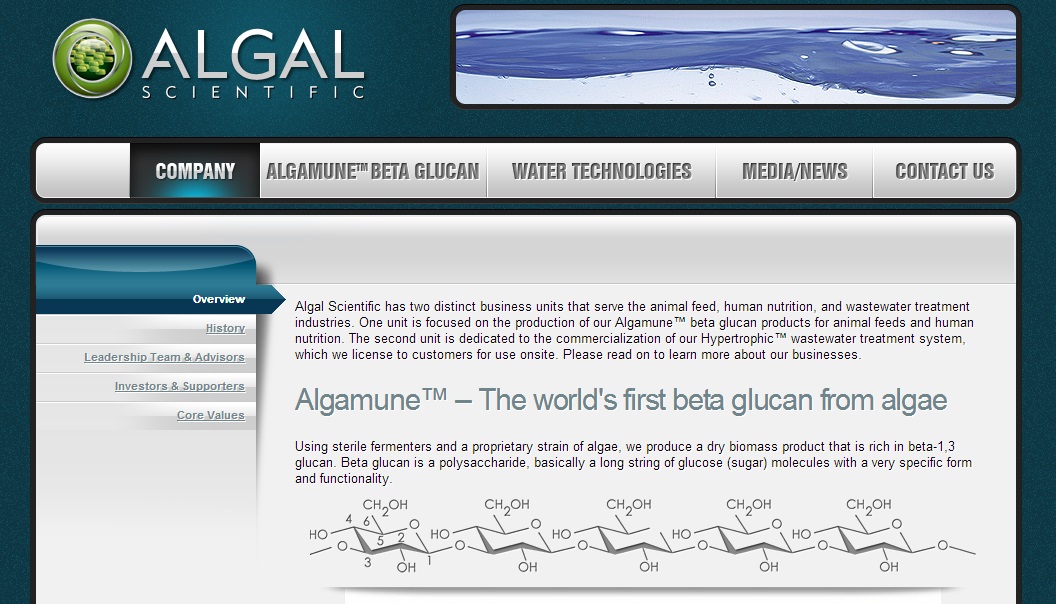 NORTHVILLE — Algal Scientific Corp., a developer and manufacturer of algae-based chemicals and related technologies for the food and beverage industries, announced that it has completed a $3 million financing led by Evonik Ventures, Formation8 Partners, and Independence Equity.

Algal CEO and chief science officer Geoff Horst said the funding would allow the company to begin commercial-scale production and sale of Algamune. That’s the company’s algae-based version of beta-1,3-glucan, a compound used in livestock production, human foods and neutraceuticals to support a healthy immune system.

Said Horst: “Beta-1,3-glucan has been researched for years, but until now it has been too expensive for most livestock applications. Our product can provide higher efficacy and consistency than ever before, with a lower cost, and offers a real alternative to the overuse of antibiotics in food production.”

Said James Zhang of Formation8, who is joining the Algal board: “In order to meet the demand of a growing middle class, China has an ever increasing need of meat and milk products. Algal Scientific’s product is a great fit for China and other developing Asian countries.”

Algal Scientific was formed in 2009 after winning the inaugural DTE Clean Energy Competition hosted by the University of Michigan and DTE Energy. Since then, the company has gone on to win several other awards and competitions including the $500,000 Grand Prize in the Accelerate Michigan Innovation Competition.

Algal recently expanded into a new production plant in Northville from its first headquarters at the Michigan Life Science and Innovation Center in Plymouth.

In addition to the lead investors, participants in this financing included Envy Tech Fund I, the Michigan Economic Development Corp., the Michigan Pre-Seed Capital Fund, the First Step Fund and private investors.