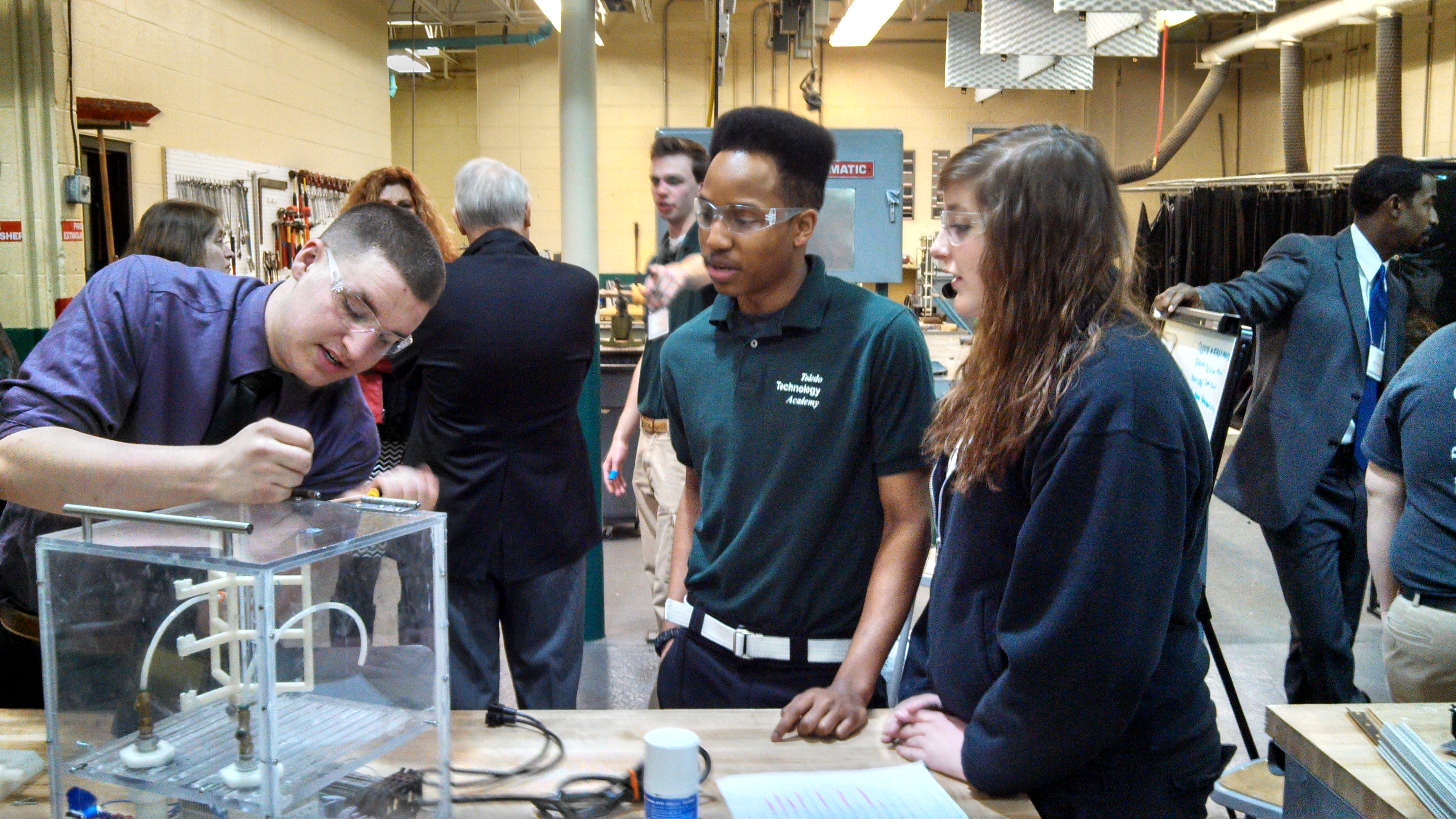 Pictured above: Students working on a project at the TTA.

Students at the TTA attend an extra hour of classes every day, and the school doesn’t offer sports, music or art (although students can participate in sports at the high school they would otherwise attend).

What students get in return is a hands-on, intensive program where they learn everything from computer coding to robotics to electronics to computer-aided design and engineering to tooling in a completely equipped machine shop.

The school also offers a top FIRST Robotics program and participates in other academic and science competitions.

Most recently, the 17-year-old program has decided to add a seventh and eighth grade. But officials with the school say it won’t be a middle school program — it’ll be a deeply integrated part of the TTA program, with a curriculum that will flow seamlessly from seventh through 12th grades.

The TTA is governed by a board that includes school administration –including Toledo schools superintendent Dr. Romules Durant — school unions, business executives, and other unions in the Toledo-area employer community. It’s funded by regular per-pupil appropriations plus money from the Toledo schools’ career and technical education department, along with foundation and corporate support.

The TTA’s average class size is just 22, and it has a four-year graduation rate in the mid-60s, vs. the mid-60s for the Toledo district as a whole. The TTA brings in 60 to 70 freshmen a year (and there’s a waiting list). Webb said what struck him most about the TTA was its emphasis on project-based learning, its emphasis on inspiring students, and the non- confrontational way in which business, labor and education work together.

Collaboration at the TTA is both vertical and horizontal, Webb said.

Officials with the General Motors and the United Auto Workers said they support the TTA for a simple reason — its graduates are ready to go right to work in technical fields.